Key Considerations Regarding Voice Searching And SEO In Houston

Though formerly dismissed by many, the concept of voice-activated searching has taken off tremendously of late. The recent growth has taken experts by surprise as well. As such, it is important for everyone to realize that voice searching must be considered by anyone looking to employ an effective Houston SEO and web design plan. 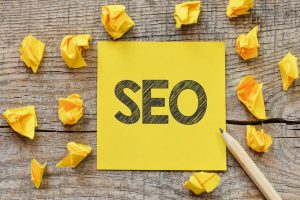 Why Has Voice Searching Become So Popular?

During the advent of voice assistant technology, most people were amazed by the innovation, but inconsistencies plagued the experience. Responses were often garbled and unusable. However, the rise of artificial intelligence allowed for greater accuracy and sophistication overall. A recent study has shown that the accuracy of voice recognition technology reached 95 percent by the time 2017 rolled around.

As better accuracy became achievable, numerous voice-activated consumer applications arrived on the scene, such as Cortana from Microsoft, Amazon’s Alexa and Google Assistant. The ranks of these technologies were also bolstered by the prevalence of mobile devices equipped with voice command capability.

While most folks use voice recognition for commands such as “call home” and the like, the technology is being used more frequently in other ways including for search purposes. It is important to consider how this shift is likely to impact your social media marketing plan in Houston.

Studies have recently shown that requesting directions is among the most frequent commands performed by teenagers and adults alike. Asking for the hours of operation of stores and restaurants is also quite common, it was found.

Research has revealed an uptick in voice searching for things including sales, discounts and other business-centered queries. As a result, voice search optimization must take center stage as you go about crafting your SEO and web design plan in Houston.

How Voice Searching Is Distinctive

The truth of the matter is that Google is always making adjustments to algorithms so that irrelevant results and spam are reduced. Penalties exist to enhance these efforts and to produce results with the highest possible accuracy. Because voice searching is relatively new, refinement of a similar nature is not yet possible.

Users employ voice searching in a different way than they search via text. Those searching via voice usually utilize shorter phrases to make their inquiries than they would in a typed search. Therefore, voice search optimization involves a distinct set of techniques.

Why Time Is Of The Essence Regarding Optimization For Voice Searching

Industry leaders in large numbers are of the belief that searching via voice will take the lead at some time in the future. This may or may not be true, but lots of people are already taking advantage of this capability. The majority of mobile devices are equipped with voice-activated programs and sales via voice assistant have topped $420 million already. The best Houston SEO and web design firms understand that voice search optimization must be part of the services they provide.

Call Found Me Online or contact us today for immediate assistance!